CBD vs THC: Whats the Difference? 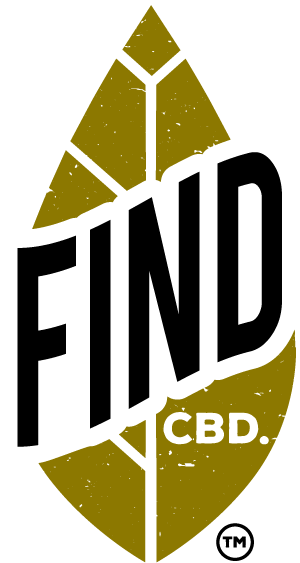 As the legalization of cannabis becomes both recreationally and medically common around the world, many will wonder what the difference is between these two compounds. How can two components of the same plant affect you so differently? How can one be considered to be recreationally pleasurable while the other one is medically effective for so many conditions? Is it true that cannabidiol doesn’t get you high? Acceptance of the use of both substances has grown over the years, and while they are distinctly different substances, both have shown to provide substantial benefits to the human body.

A Brief History of Cannabis

The earliest recorded use of cannabis was in middle Asia in 2727 BC. As a psychotropic substance, its primary use was medicinal in the relief of inflammation, anxiety, and depression. It was also used for religious rites and rituals. Other uses came from the species of cannabis known as hemp which was used to make rope and paper. Hemp made its first appearance in America in colonial days for these purposes and was widely cultivated.The first noted use of Marijuana as a drug came with various immigrants from Mexico who used it as an intoxicant. Thus, the war on Marijuana as a drug actually can be connected to a war on immigrants during the early 1900s. When prohibition of alcohol became law between 1920 and 1933, Marijuana was deemed prohibited as well due to its psychotropic effects. While Marijuana was used for medicinal purposes across most of the rest of the world long before this, it would only come into play with its medicinal uses after 1996. As a psychotropic drug, it was demonized during the 1930s and 1960s when little was understood about it. While the alcohol prohibition ultimately ended in 1933, Marijuana was classified as a drug with no legitimate use along with LSD. On a federal level, this classification still exists.

So what is the real difference between the two? The basic answer comes down to science. Both substances are cannabinoids or the chemical compounds within the cannabis plant. Tetrahydrocannabinol (THC) and Cannabidiol (CBD) are only two of more than 100 compounds found in cannabis.While both these compounds have identical chemical components, there is a microscopic difference that changes their effects on the human body. It has been discovered that these compounds react with cannabinoid receptors in the human body. These receptors are primarily found in brain cells and cells related to the immune system.

Tetrahydrocannabinol is a psychoactive drug that can bring feelings of euphoria. It is this effect of the substance that intoxicates the user. Its intoxicating effect can bring on negative effects such as paranoia, short term memory loss, confusion, anxiety, and loss of concentration. Long term smoking of this form of cannabis can be as dangerous as smoking nicotine since it can irritate the lining of the lungs.Although it is mostly considered to be the compound found in marijuana that is useful for nothing more than an intoxicant, studies show that it is effective in pain control and the treatment of Post-Traumatic Stress Disorder (PTSD). It has long been known to reduce the pressure in the eye associated with glaucoma. Appetite enhancement for sufferers of anorexia, AIDS, and those going through chemotherapy has also been proven.

Newer studies show that THC effectively reduces the size of various tumors and can stimulate cell death in many types of cancers. There have been positive results with leukemia, breast cancer, brain cancer, and colon cancer in mice that certainly merit far more widespread studies.

In some cases, there are side effects that can come from Marijuana. These can include nausea and vomiting, and extreme sleepiness. Due to its intoxicating effects, it is illegal to drive while under the influence of marijuana even in states and countries that have legalized the sale and use of recreational marijuana.

Cannabidiol is also a psychoactive drug but without the intoxicating effects associated with its sister compound. It has also been shown to be a neuroprotective compound that can actually serve to limit any damages to the brain that marijuana consumption may cause.This compound has more importantly proven to have numerous medical applications for the human body. It is accepted as showing medicinal benefits with epilepsy and other seizure conditions. It is effective in the treatment of chronic pain such as that brought on by Multiple Sclerosis, Fibromyalgia, Arthritis, and spinal cord injuries. It has been shown to enhance bone health in the fight against osteoporosis. Digestive issues such as Irritable Bowel Syndrome and nausea react positively to it. It effectively treats anxiety, attention deficit disorders, and other conditions that react positively to relaxation enhancement. Finally, it has proven effective in alleviating symptoms associated with opioid withdrawals.

There are very few side effects from CBD. It is either smoked, eaten, or used in topical applications.

Both of these compounds have positive medicinal values. In many ways, Marijuana is a safer intoxicant than alcohol. Old-school prohibition and war on drug thought processes have left Marijuana listed as a Schedule I Narcotic at the federal level although numerous studies should have removed it from this classification of being of no recognized medical use. As it becomes more acceptable and legal in more areas, this should be changed. For now, it is still difficult to get important studies into the effects of both compounds funded with government money.In Europe, where the medicinal benefits have been recognized for far longer than in the United States, studies will continue into how these cannabinoids can help treat more and more medical conditions. We already see growth in this area with the country-wide legalization in Canada, Germany, and other forward-thinking countries.

With so much good that comes from the cannabis plant, it can only be hoped for that eventually there will be more widespread acceptance, tolerance, and use of this incredibly complex and natural substance that offers help for so many different conditions.

Sign up and we’ll send you your 10% off discount code, ready to use on your next order! You’ll also be the first to know about future deals and releases in our email updates.